AFTER 80 years, Utusan Malaysia, the bastion of Malay journalism, may be rolling out its final print edition tomorrow.

It is learnt that its editorial staff, in a special briefing yesterday, were told that the company no longer had the financial means to continue its operations, and as such, would bid farewell to its print operations. Speaking to the New Straits Times, a worker said the briefing was conducted by Kosmo! editor Lokman Othman, who conveyed the news.

An audio clip of the briefing by Lokman was made available to the NST.

“Our last paper will be published on the day after tomorrow (Wednesday). On the front page, there will be a notice to inform readers that we will cease publication on Wednesday.

“This means that tomorrow (today) we will work for the Wednesday publication. After that, we don’t have to work.”

It is learnt that they were told that new investors were interested in acquiring the newspaper. 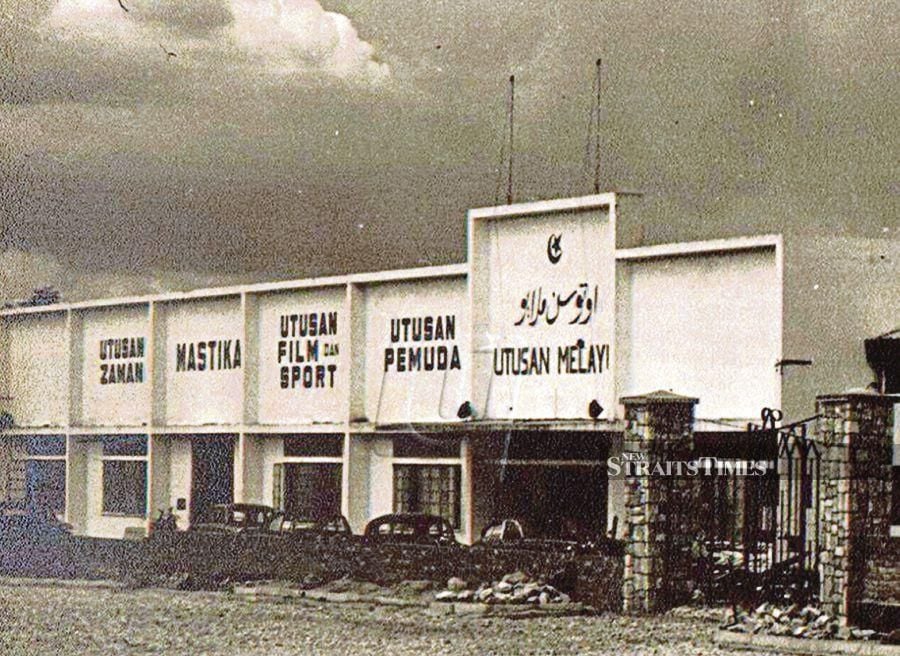 However, the staff were also told that this could mean that the workforce would be trimmed substantially.

They were told the company’s online operations would continue. However, any return of Utusan Malaysia and Kosmo!’s print editions might need only 60 employees from Utusan and 60 from Kosmo! from its present workforce of 800.

The news came hours after hundreds of workers from the publication, including journalists, graphic artists and photographers, held a picket outside the company’s headquarters to demand outstanding salaries and severance payments.

The decision to shutter the print operations was made by the board of directors at a meeting earlier yesterday.

“We were told that the company has no money to pay the workers or run the business,” said Taufek.

Aziz is expected to address the company’s employees at a townhall session at 4pm today.

The Utusan Group reportedly failed to pay salaries since June and had, prior to this, delayed the payment of salaries.

Salaries of executive employees were reportedly delayed for two months, with the last partial payment of RM2,000 paid in June.

The company previously carried out a voluntary separation scheme, which reduced the number of workers from 1,400 to 823. However, VSS payments were also delayed.

The newspaper’s readership started declining in 2004, but major financial problems came about following the change of government in the 14th General Election last year.

Utusan Malaysia traces its roots to 1939 when it was first published as Utusan Melayu. It was founded by Yusof Ishak, who later became the first president of Singapore, and Abdul Rahim Kajai, dubbed the father of Malay journalism.

In its heyday, Utusan Malaysia’s circulation peaked at 350,000 copies a day in the 1990s and was one of the largest selling newspapers in Malaysia.

‘Board of the view that it can’t meet Bursa requirements’

The Board of Utusan Melayu (Malaysia) Bhd (“Utusan” or “the Company”) wishes to announce that Utusan is unable to submit its Regularisation Plan as prescribed under Paragraph 8.04(3) and Paragraph 5.1 under Practice Notes 17 (‘PN17’) within twelve (12) months from the date of its admission as PN17 issuers.

After taking into consideration of the losses incurred in the first two quarters of 2019 and cash flow constraints, the Board is of the view that the Group will not be able to meet Bursa’s requirements to uplift the PN17 status. The Group is also not be able to find any potential investor to participate in order to revive the Group, mainly due to its huge liabilities.

The above is without prejudice to Bursa Securities’ rights to proceed to suspend the trading of the listed securities of Utusan and to de-list the Company in the event:

(i) The Company fails to submit a regularisation plan to the authorities on or before 19 August 2019;

(ii) The Company fails to obtain the approval from any of the regulatory authorities necessary for implementation of its regularisation plan; and,

(iii) The Company fails to implement its regularisation plan within the time frame or extended time frame stipulated by any of the regulatory authorities.

Upon occurrence of any events set out in (i) to (iii) above, the Company is aware that Bursa Securities shall take any relevant action including to suspend the trading of the listed securities of Utusan on the 6th market day after the date of notification of suspension by Bursa Securities and de-list the Company, subject to the Company’s right to appeal against the delisting. 1941-1942: Temporarily suspends its operations during the Japanese occupation of Malaya and Singapore.