President Joko Widodo was not at the palace at the time of the blast, a presidential spokesman said.

It was not immediately clear if the blast resulted from a sectarian attack, but Indonesia, the world’s most populous Muslim-majority country, has suffered a resurgence in homegrown militancy in recent years. A cat is seen next to the evidence of a blast at National Monument (Monas) complex in Jakarta, Indonesia. - Reuters

The park explosion was suspected to have been caused by a smoke grenade, and two injured military officials had been taken to hospital, Jakarta’s police chief, Gatot Eddy Pramono, told a televised news conference.

The two injured officers were doing exercises in the park at the time, Jakarta military chief Eko Margiyono added.

Asked if the blast was the result of an attack, Pramono responded, “We haven’t concluded so, because we’re still investigating.”

Earlier, Jakarta police spokesman Argo Yuwono told Kompas TV “There was a blast, but we’re still checking what the source was.” He added, “Injured victims have been taken to hospital,” but did not elaborate. 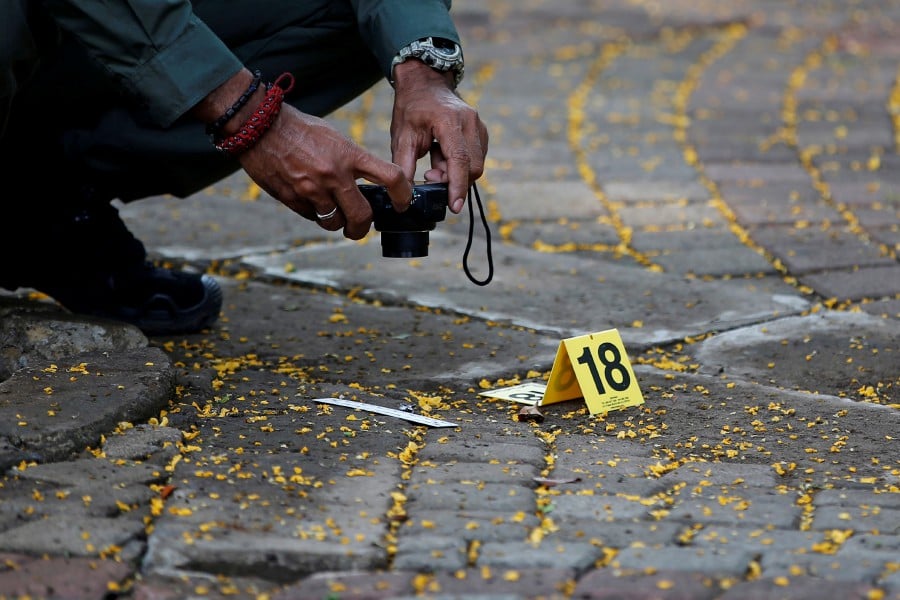 An Indonesian forensic policeman takes pictures of evidence of a blast at National Monument (Monas) complex in Jakarta, Indonesia. - Reuters

Last month, six people were wounded after a 24-year-old university student blew himself up outside police headquarters in the Indonesian city of Medan.

The attack was linked to the Islamic State-inspired Jamaah Ansharut Daulah (JAD), responsible for a series of attacks across the country.

In October, a suspected Islamist stabbed and wounded former security minister Wiranto at a function to open a university building. Wiranto, who uses just one name, like many Indonesians, had to have surgery, but has since left hospital. --Reuters

China to allow Singapore and other countries to apply for 'green channel' for flights: Chinese state media
28 May,2020
Riot police deployed across Hong Kong as US-China tensions rise
28 May,2020
New wave of U.S. layoffs feared as coronavirus pain deepens
28 May,2020
China accuses US of 'blackmailing' Hong Kong government
21 May,2020
Coronavirus: Trump ratchets up wooing base with WHO threat, unproven drug
21 May,2020