South Korea warns it is on brink of new Covid19 crisis

SOUTH KOREA has warned that it is on the brink of a new coronavirus crisis and could introduce stricter controls after a resurgence in cases, including hundreds linked to a church in Seoul.

The country reported 246 new Covid-19 infections on Tuesday, raising its total to 15,761, including 305 deaths, according to the Korea Centres for Disease Control and Prevention [KCDC].

Having brought the initial outbreak under control in April through its “trace, test and treat” approach, South Korea has added almost 1,000 cases over the past five days.

They include 279 cases on Sunday, the first time the number has exceeded 200 since early March, according to the Yonhap news agency.

Officials have urged people in Seoul and neighbouring Gyeonggi province – home to nearly half the country’s 51 million people – to stay at home and avoid non-essential travel, as a new cluster was identified among followers of a church in Seoul.

More than 400 infections have been linked to Sarang Jeil church, whose leader, Jun Kwang-hun, is among those who have tested positive for Covid-19, Yonhap said on Monday. 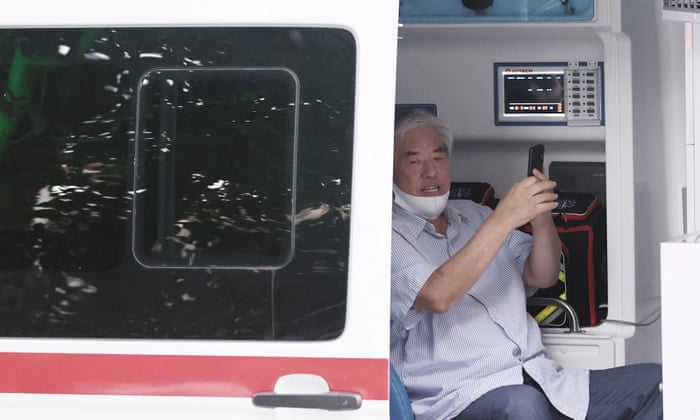 Jun Kwang-hun, the leader of Sarang Jeil church in Seoul, leaves his house in an ambulance.

Jun, a far-right activist, has led protests against the country’s liberal president, Moon Jae-in, including a demonstration in Seoul on Saturday attended by thousands of followers who ignored government calls to stay home.

The health ministry and Seoul’s city government have filed two separate criminal complaints against Jun for allegedly disrupting official efforts to contain the virus by ignoring orders to self-isolate, discouraging worshipers from getting tested and under-reporting the church’s membership to avoid broader quarantines. 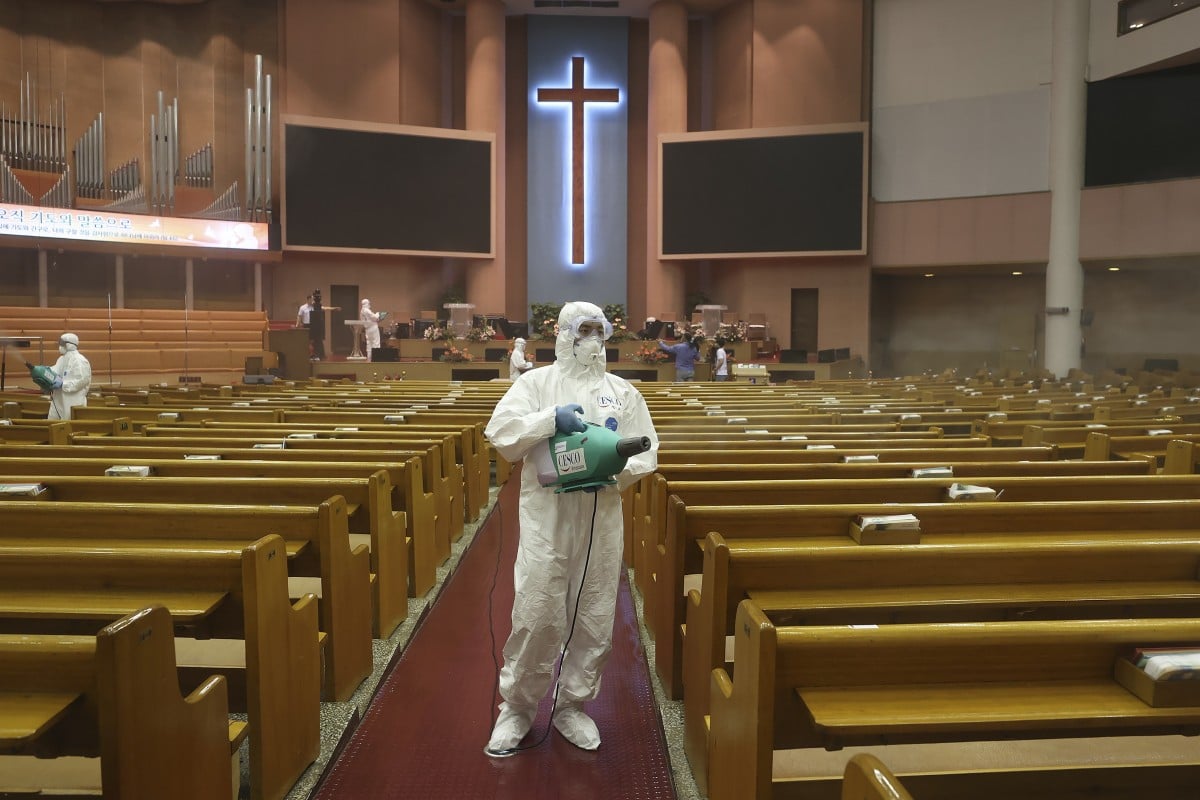 Health officials warned that a significant and prolonged rise in cases could wreak havoc on South Korea’s health service and economy. “We’re seeing the current situation as an initial stage of a large-scale transmission,” the director of the KCDC, Jeong Eun-kyeong,said.

“We’re facing a crisis where if the current spread isn’t controlled, it would bring an exponential rise in cases, which could in turn lead to the collapse of our medical system and enormous economic damage.”

The cluster linked to Sarang Jeil church has echoes of the early days of the pandemic in February, when South Korea identified what turned out to be its biggest cluster among followers of Shincheonji Church of Jesus, a secretive Christian sect in the south-eastern city of Daegu.

Lee Man-hee, the 88-year-old leader of Shincheonji – which was linked to more than 5,000 cases – was arrested for allegedly giving inaccurate records of church gatherings and false lists of its members to health authorities.

Authorities say followers at the centre of the latest outbreak have been reluctant to cooperate with health workers, and accused Sarang Jeil of frustrating efforts to track some members of its congregation. Health workers have so far tested 2,000 followers and plan to test 2,000 more. 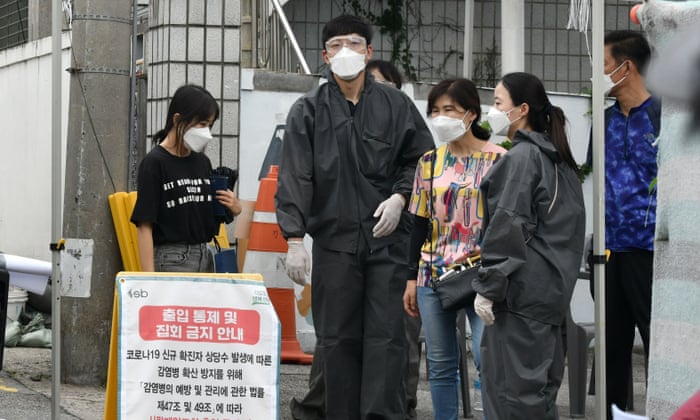 Government officials stand at a checkpoint to restrict access to the Sarang Jeil church in Seoul.

Kim Gang-lip, the vice health minister, said the Presbyterian church had provided inaccurate lists of its 4,000 members. While 438 had tested positive, more than 500 who authorities want to see in isolation remained unaccounted for.

“We’re very concerned,” Kim said, dismissing rumours that authorities wanted to round up church members and would record every test as positive regardless of the result. “That’s impossible,” he said. “We can’t fabricate test results.”

Kim said if the rate of new infections did not stabilise this week, the government would tighten distancing, shut high-risk facilities and ban indoor meetings of 50 people or more and outdoor gatherings of 100 or more.