MANILA - Transport delays, footballers training in the streets and two toilets in one stall: a chaotic final build-up has put the Philippines under pressure before the Southeast Asian Games open on Saturday.

The worst incidents have spilled forth under the hashtag #SEAGamesfail, including scaffolding clinging to an incomplete stadium renovation and a temporary press room built from unpainted cinder blocks.

In one tweet, the Games’ slogan of “We Win as One“, was twisted into “Wiwi as One” to accompany a photo of one venue’s ladies’ room, where contractors had put two toilets in a single stall – an image that has gone viral.

This came on top of the Philippines apologising Sunday for leaving incoming football squads stranded at the airport or stuck waiting hours to check in to their rooms.

As part of that episode, one hotel issued this clarification: “We asked them (the players) if they needed chairs but they declined, preferring the floors so they could lie down to rest.”

Thailand’s men’s footballers trained in the streets near their hotel after their coach complained that the facilities provided were too far away, their coach told the Bangkok Post.

Monico Puentevella, who was organising committee chair in Manila’s 2005 hosting of the Games, was one prominent critic of the preparations. 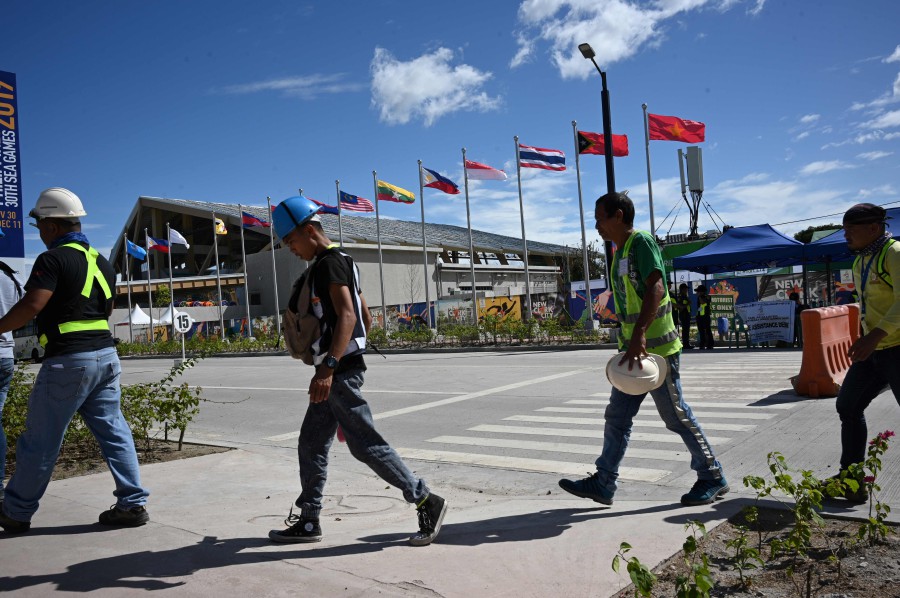 “You know I’ve been in all SEA Games, Asian Games, Olympics. We never had this treatment before in other countries,” he told a Filipino TV station.

The Games in Clark, Manila and Subic, which run through December 11, are particularly complex with a record 56 sports across dozens of venues that are in some cases hours’ drive apart, even before Manila’s notorious gridlock traffic is factored in.

Rizal Memorial sports complex in central Manila, the home of both the sparse press room and twin toilets, has come in for particularly strong criticism.

Crews were still swinging from scaffolding on the building’s exterior as of Tuesday, wrapping up a renovation of the historic site, which hosted two sold-out Beatles shows in 1966.

The vast scale of the Games has included erecting a massive sports complex in New Clark City, which is at least two hours’ drive north from the capital.

The stadium and aquatic centre there looked ready for competition during an AFP visit on Tuesday, though workers were still wrapping up last-minute jobs. “We’ve been working hard and doing extra work overnight so we can finish... for November 30 for the SEA Games,” Dianeto Tizon, a labourer, told AFP.

He was putting the finishing touches on the cauldron that will hold the Games’ flame, a 50-meter (160-foot) tower that has come under fire over its high cost.

It cost Philippine taxpayers nearly $1 million, a hefty sum that critics noted would have better served the nation’s millions of poor and children.

One lawmaker even called it “Imeldific“, a comparison to the era of excess defined by the Philippines’ ex-dictator Ferdinand Marcos and his wife Imelda, famous for her collection of more than 1,000 pairs of shoes.

Earlier in the week construction was still ongoing at a skate park south of Manila, images of which appeared in nervous social media posts from foreign skaters. 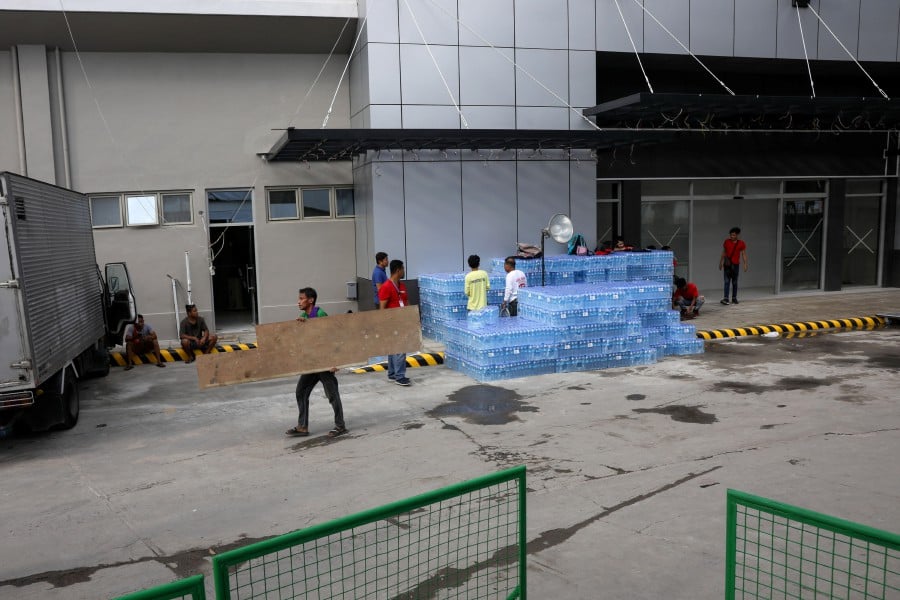 Despite this pressure, and Sunday’s mea culpa, some in the upper echelons of Philippine power have insisted minor problems are unavoidable.

“These kind of incidents, given the number of countries participating and the athletes coming here could not be avoided,” presidential spokesman Salvador Panelo, said of the hotel and airport snafus.

“Those are never intentional but... there has been no single incident report of their safety being in danger,” he added.

South Korean football league to investigate 'sex doll' row
20 May,2020
Road to Tokyo 2020 athletes allowed to begin training on June 1
19 May,2020
Enough time to prepare for Thomas and Uber Cups - BAM
12 May,2020
Next year’s Olympics will be cancelled if pandemic not over: Games chief
28 Apr,2020
MAVERICK VINALES ALMOST SIGNED WITH DUCATI, ‘PISSED’ TO LOSE ROSSI
21 Apr,2020