Number of flood evacuees in Kelantan, Terengganu continues to decline

KUALA LUMPUR: The flood situation in two states on the East Coast is recovering with several temporary evacuation centres being closed and residents allowed to return home.

In Terengganu, as at 8pm the number of flood evacuees dropped to 642 people from 164 families compared to 981 people (245 families) in Kuala Nerus and Kuala Terengganu districts yesterday’s evening.

According to the Social Welfare Department’s InfoBencana, the number of evacuees in Kuala Nerus had dropped to 447 people (119 families) compared with 609 people (155 families) yesterday in five relief centres while in Kuala Terengganu, only one centre was open accommodating 195 people from 45 families compared to 372 people (90 families).

Checks in Besut and Hulu Terengganu found that residents who have returned home were busy cleaning their houses and surrounding areas with the help of various non-governmental organisations (NGOs) and volunteers from around the country. 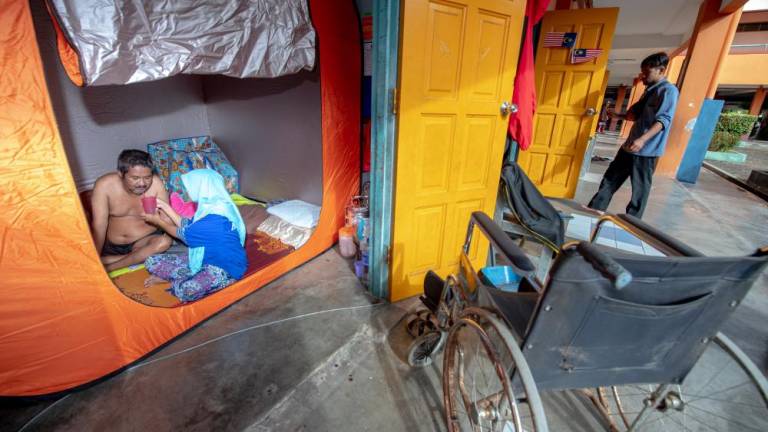 According to the Social Welfare Department’s InfoBencana, the number of flood evacuees in Pasir Mas decreased to 4,753 people (2,000 families) at 15 relief centres compared to 6,710 evacuees (2,663 families) yesterday.

The ebanjir.kelantan.gov.my website showed that the water level in Sungai Golok in Rantau Panjang, Pasir Mas had reduced to 9.91m compared to 9.98m (the danger level is 9m)) reported yesterday.

The level of Sungai Golok at Kuala Jambu, Tumpat, also decreased to 2.83m from 2.88m.

In Johor, the flood situation in Parit Sulong, Batu Pahat remained the same with 21 people from four families still at the relief centre. — Bernama