SEOUL (Reuters) - North Korean has celebrated the completion of leader Kim Jong Un's signature construction project, a new city near the sacred mountain where his family claims its roots, with state media on Tuesday calling it the "epitome of modern civilisation".

A massive celebration involving fireworks was held at the city near Mount Paektu on Monday, the official KCNA news agency said. The Rodong Sinmun, a ruling party mouthpiece, ran photos showing Kim smiling as he cut a ribbon at the ceremony and buildings covered in snow.

The city named Samjiyon is envisaged as a "socialist utopia" with new apartments, hotels, a ski resort and commercial, cultural and medical facilities.

KCNA said it could accommodate 4,000 families and has 380 blocks of public and industrial buildings in "hundreds of hectares". 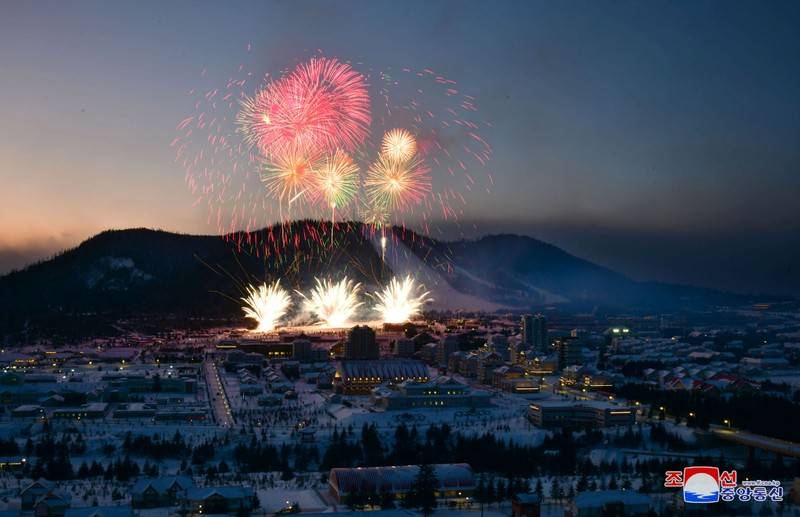 Fireworks explode above during a ceremony celebrating the completion of township of Samjiyon County, North Korea, in this undated picture released by North Korea's Central News Agency (KCNA) on December 2, 2019. KCNA via REUTERS

The city is one of the largest economic initiatives Kim has launched as part of his drive for a "self-reliant economy, but its construction was delayed chiefly due to shortages in construction materials and labour as a result of sanctions imposed to curb Pyongyang's nuclear programme.

Delays in construction prompted the Kim regime to mobilise youth labour brigades, which defectors and human rights activists likened to "slave labour" as they get no pay, poor food and are forced to work more than 12 hours a day for up to 10 years in return for better chances to enter a university or join the all powerful Workers' Party.

China to allow Singapore and other countries to apply for 'green channel' for flights: Chinese state media
28 May,2020
Riot police deployed across Hong Kong as US-China tensions rise
28 May,2020
New wave of U.S. layoffs feared as coronavirus pain deepens
28 May,2020
China accuses US of 'blackmailing' Hong Kong government
21 May,2020
Coronavirus: Trump ratchets up wooing base with WHO threat, unproven drug
21 May,2020