THE transition phase of the ongoing monsoon, which is expected to last until early next month, is expected to lead to increased rainfall, resulting in low-lying areas being vulnerable to flash floods.

Several states in the peninsula, such as Selangor, Perak and Pahang, have been hit by flash floods, requiring families to be evacuated.

In Perak, 241 people were evacuated to flood relief centres in Teluk Intan, Sungkai and Lenggong. In Ijok, Selangor, some 200 residents of Kampung Sentosa had to contend with repeat flash floods in a span of 48 hours.

In Kampung Kuala Repas, Bentong, 13 villagers had to be evacuated after their houses were inundated on Saturday night.

The Water, Land and Natural Resources Ministry said the possibility of flash floods was higher for people in coastal areas if continuous rainfall occurred simultaneously during the high tide phenomenon.

“According to the weather forecast by the Malaysian Meteorological Department (MetMalaysia), the country is experiencing the transition period of the monsoon until early next month.

“Frequent thunderstorms within a short period, especially in the evenings, are expected in the west coast of the peninsula during the (monsoon transition) period. The same weather forecast applies to Sarawak and Sabah.” 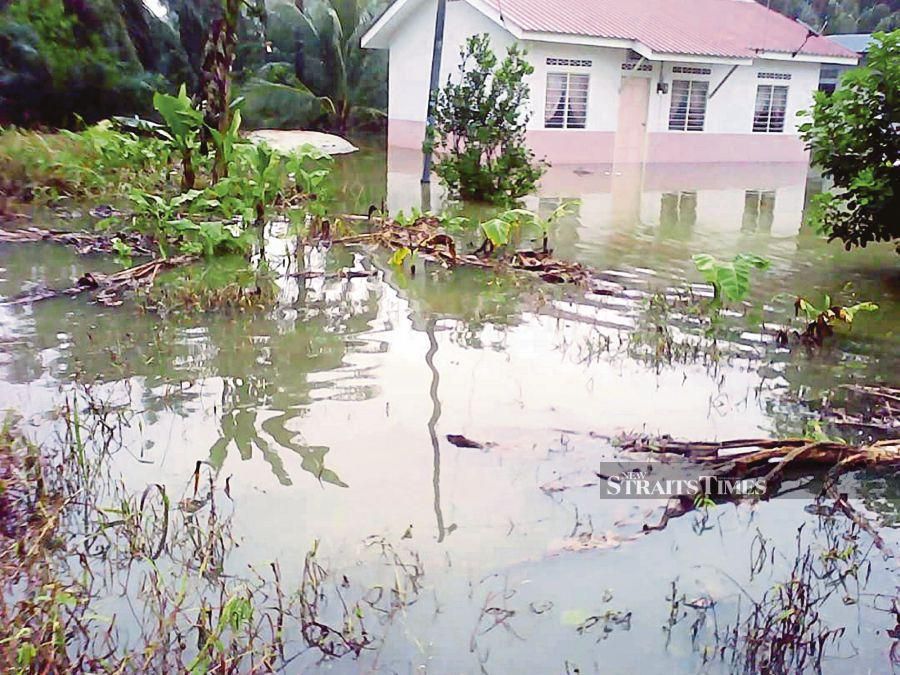 The ministry confirmed that cases of flash floods had been reported in Perak, Selangor and here.

It urged local authorities to inspect drainage systems and monitor rainfall in their respective areas during the transition period.

This, it said, was to ensure that the drainage systems were not clogged by garbage or waste that could contribute to flash floods.

“Residents in flood-prone areas are advised to constantly check the weather situation, especially when there are showers during the transition monsoon period.”

Last month, the New Straits Times quoted MetMalaysia director-general Jailan Simon as saying that thunderstorms were expected to hit the west coast and interior of the peninsula this month.

He had said that floods were expected to hit Kelantan and Terengganu in the middle of the month and would hit Pahang by the end of next month.

He said flooding in Johor would begin in December up to early January, while flooding in Sabah and Sarawak would start in January.

Johor and Kelantan are already bracing for the impact of the monsoon, with police and emergency services personnel placed on standby.

In Johor Baru, 1,250 firefighters and officers of the state Fire and Rescue Department have been preparing for the flood season.

Its director, Datuk Yahaya Madis, said they would be on duty during the Tanjung Piai parliamentary by-election as well as the upcoming school examination season next month.

He said the department was also prepared to freeze the leave of its personnel.

“The rainy season has started and in the event of floods during the by-election, we may be asked to help transfer ballot boxes in inaccessible areas.

“During the examination period, we might be requested to transport the exam papers,” he said after officiating the department’s monthly assembly in Jalan Kangkar Tebrau.