MALAYSIAN actress Michelle Yeoh took two COVID-19 tests following her arrival in Australia to film for Marvel's Shang-Chi and the Legend of the Ten Rings.

Last month, the 'jetlagged' 58-year-old moaned on Instagram about having to 'deal with' the coronavirus test after landing Down Under.

The Crouching Tiger, Hidden Dragon star then shared a photo of herself grimacing in discomfort as she underwent a second test - before delightedly announcing her 'clean bill of health' a few days later.

Michelle is set to resume filming for Marvel's first Asian based superhero film in Sydney's west after production was halted due to the coronavirus pandemic.

However, like everyone entering the country, the Crazy Rich Asians star underwent a two-week quarantine and COVID testing upon her arrival from France.

Michelle documented her uncomfortable second testing for the killer virus on Instagram, with a photo of herself being swabbed up the nose by a health professional. 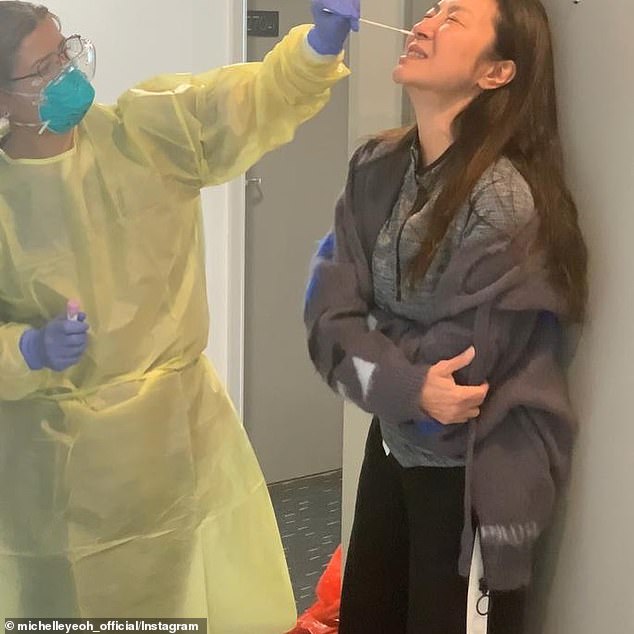 '2nd test, sorry so wimpy!! Then has fab dinner to calm nerves... 4 more days,' she said in the caption.

Like promised, four days later, the former Miss Malaysia announced she was COVID-free.

'Yay good morning! Clean bill of health to get out of quarantine... but promise to stay masked, and safe for myself and all,' she informed her followers. 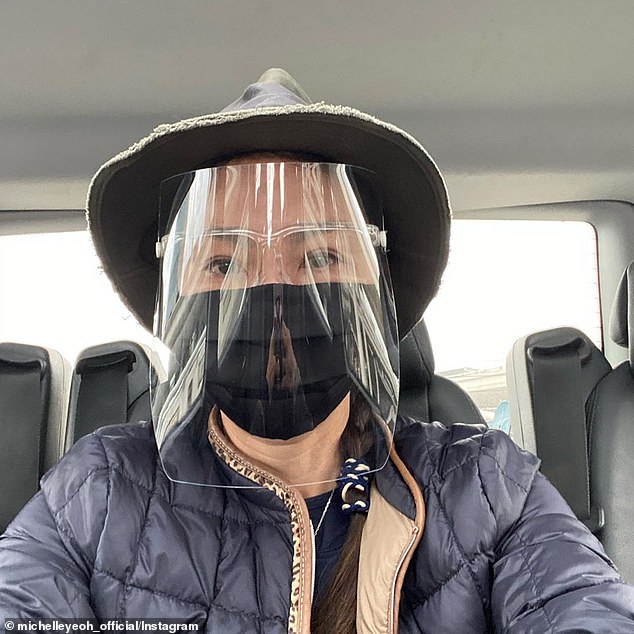 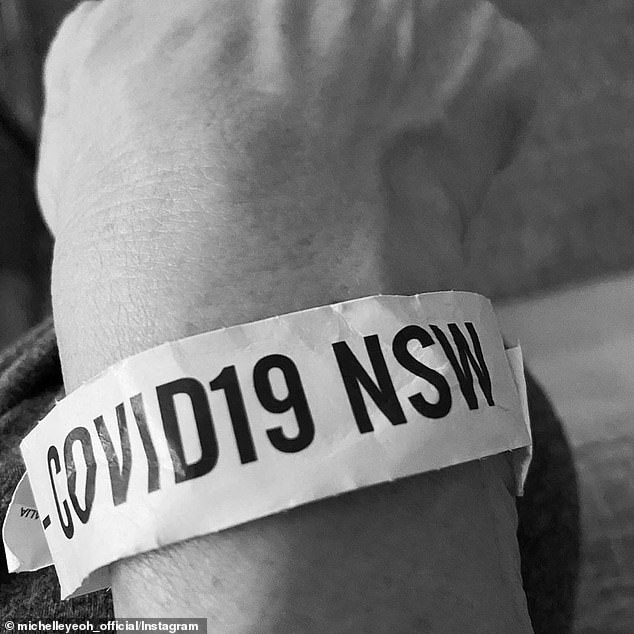 Marvel's Shang-Chi and the Legend of the Ten Rings had started filming in Australia at the start of the year, but production was suspended in February due to COVID-19 fears.

But things are now back on track, with aerial photos taken last week showing a purpose-built 'Chinese village' that will serve as a backdrop for the superhero film.

The blockbuster will no doubt provide a boost to Australia's ailing film industry, which was brought to its knees as the COVID-19 pandemic took hold earlier this year.

According to the Sydney Morning Herald, the production will generate an estimated $150million for the Australian economy, as well as 4,700 new jobs.

Starring Simu Liu as Marvel's first Asian superhero, Shang-Chi and the Legend of the Ten Rings will tell the tale of Shang-Chi, a martial arts master who was raised inside a reclusive Chinese compound.

After leaving the compound as an adult, Shang-Chi must reckon with harsh realities of the outside world, including a terrorist organisation called Ten Rings.

Ten Rings' evil leader, The Mandarin, will be played by Tony Leung, while Awkwafina and Ronny Chieng have also been cast in undisclosed roles.