A JAPANESE bulk carrier that has leaked hundreds of tonnes of fuel oil off the Mauritius coast has broken apart, authorities in the island nation say.

The MV Wakashio ran aground on a coral reef on 25 July with 4,000 tonnes of the fuel, causing an ecological emergency.

Most of the fuel had already been pumped out, officials said, but on Saturday the ship's condition worsened.

Mauritius is home to world-renowned coral reefs, and popular with tourists.

The MV Wakashio ran aground at Pointe d'Esny, a known sanctuary for rare wildlife. The area also contains wetlands designated as a site of international importance by the Ramsar convention on wetlands.

"At around 4.30pm [12:30 GMT], a major detachment of the vessel's forward section was observed," the Mauritius National Crisis Committee said in a statement on Saturday. 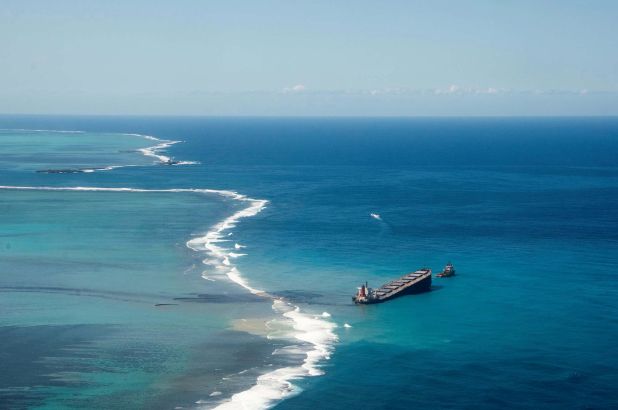 About 90 tonnes of the fuel were believed to be still on board when the vessel split.

The committee said booms had been reinforced near the vessel to absorb any more oil that leaked out. Coast guard vessels have been positioned in the area.

Mauritius has said it will seek compensation for the leak from "the owner and the insurer". Japanese firm Nagashiki Shipping has pledged to respond to requests for compensation.

Mauritian Prime Minister Pravind Jugnauth said in recent days that more than 3,000 of the 4,000 tonnes of oil from the ship's fuel reservoirs had been pumped out.

The removed fuel has been transferred to shore by helicopter and to another ship owned by the same Japanese firm.

How bad is the spillage?

One of the best assessments of the spill has come via Earth observation assets.

The US analytics company Ursa Space Systems looked at the situation using radar data from the Finnish Iceye satellites, which are especially effective at picking out oil on water. It found a 27 sq km spill by 11 August.

Since then, volunteers have also been collecting straw from fields and filling sacks to make barriers against the oil.

Others have made their own tubes with tights and hair to add to the effort, and some have been cleaning up the island's beaches.

Their actions went against an order from the government asking people to leave the clean-up to local authorities. 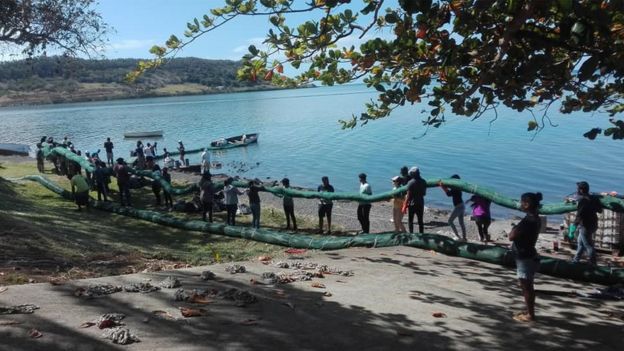 Greenpeace Africa has warned that "thousands" of animal species were "at risk of drowning in a sea of pollution, with dire consequences for Mauritius's economy, food security and health".

An oceanographer and environmental engineer in Mauritius, Vassen Kauppaymuthoo, told the BBC that local residents were now "breathing heavy vapours of oil", and there was a "mixture of sadness and anger" over the spill.

Police in Mauritius say they have been granted a search warrant, allowing them to board the vessel to take away items of interest such as the ship's log book in order to help with an investigation. The ship's captain will assist officers with their search.