Malaysian firemen to leave for Australia to help fight bushfires

TAIPING: A total of 40 firemen will depart to Australia on Wednesday to assist in fighting one of its worst bushfire crisis.

Housing and Local Government Minister Zuraida Kamaruddin said besides the Fire and Rescue personnel, 20 members from another government agency would also be involved in the mission.

“Our team will be offering expertise and advice in handling raging bushfires during the operation and help prevent the blaze from spreading in New South Wales.

“However, no assets from Malaysia will be deployed due to transportation difficulty and Australia requires manpower. Our experts will be assisting them,” she told a Press conference after visiting Kuala Sepetang jetty here today.

The bushfires in Australia have killed 27 people, destroyed more than 1,500 homes and burnt through more than 5.25 million hectares since September. 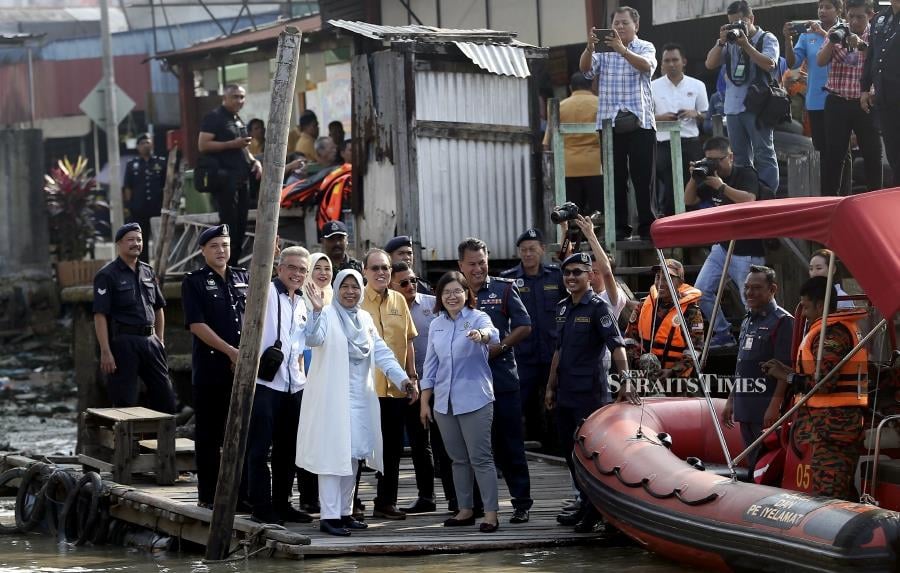 Housing and Local Government Minister Zuraida Kamaruddin (front left) said besides the Fire and Rescue personnel, 20 members from another government agency would also be involved in the mission. - NSTP/EFFENDY RASHID

Meanwhile, on the event, Zuraida said the ministry had approved RM2 million to upgrade the Kuala Sepetang jetty.

Zuraida said the modern jetty would be equipped with a surau, a waiting area, and a pedestrian walkway, It will be ready by end of the year.

“We hope having a new jetty will help to boost the tourism industry in this area and tourism players such as chalet owners benefit from this effort.

“I can see that this area can be transformed into a floating market just like in Thailand and Vietnam.

“Since the river is popular for its cockles, maybe that could be sold on the floating market, other food and drinks as well.”