RANTAU PANJANG: Number of flood victims in Kelantan continues to rise, with evacuees now stand at 10,522 this morning compared to 9,409 yesterday evening.

The victims, from over 3,500 families, are now housed at 83 relief centres in nine districts.

According to Welfare Department's flood disaster portal, Kuala Krai recorded the highest number of evacuees with 1,067, followed by Pasir Mas (6,286) and Pasir Putih (826) as of 9am this morning. As of 9am, the water level was recorded at 10.40m but still above its danger level of 9m. Five other rivers in the state recorded water levels above their warning levels.

Floods in the state had so far claimed two lives in Tumpat and Pasir Puteh. The victims were a 49-year-old labourer and a seven-year-old boy.

Meanwhile in TERENGGANU, the number of flood victims seeking shelter at 118 flood relief centres has dropped to 4,941 people from 1,431 families as of 8am today, compared to 5,657 victims from 1,688 families across seven affected districts at 8pm yesterday. 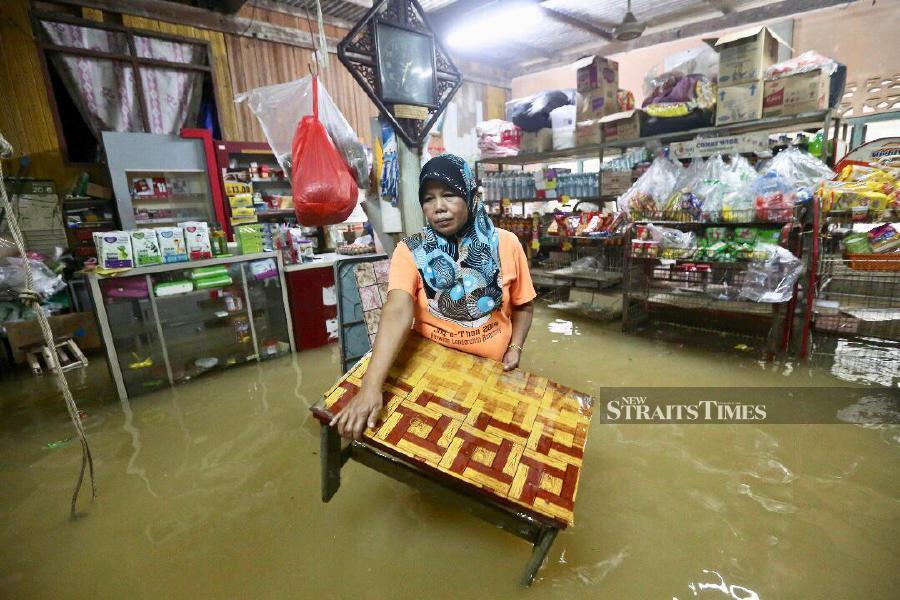 Fatimah Yasim moves her furniture and other goods to a higher place after her home was hit by flood in Kampung Paya Besar. - NSTP/Ghazali Kori.

Setiu and Hulu Terengganu experienced a drop in number of evacuees as of this morning as many were allowed to return home.

In Hulu Terengganu, 889 victims from 331 families are seeking shelter at 16 centres, a drop from last night’s 22 centres which sheltered 1,397 evacuees from 510 families. 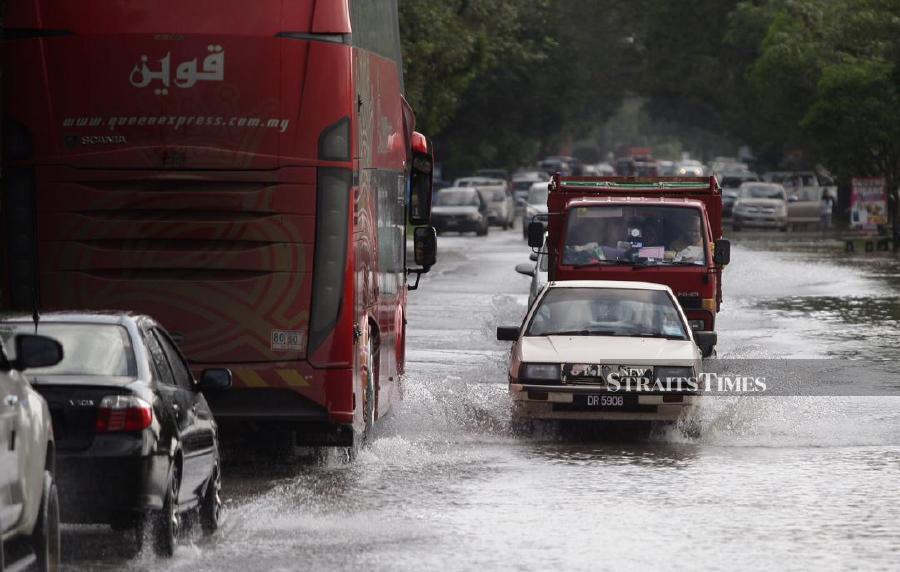 Five centres have been opened this morning in Marang with 129 victims from 27 families. Previously, there were 111 victims from 24 families at four centres.

There are now 203 victims from 57 families in four centres across Kuala Nerus. This is an increase from last night's three centres of 94 victims from 25 families.