TEHRAN: Waving flags and snapping selfies, thousands of Iranian women on Thursday attended a football match freely for the first time in decades, after Fifa threatened to suspend the country over its controversial stadium restrictions.

Elated female fans wore the national green, white and red flag around their shoulders and over their hair as they streamed into a tiny section of Tehran’s Azadi Stadium for Iran’s 2022 World Cup qualifier against Cambodia.

Some donned sporty hats over their headscarves, while others painted their faces with the colours of the flag.

Their beaming smiles underscored a day that felt victorious for the female fans, even before the match began.

And with every goal the Iranian team scored, the cheers in the women’s section grew louder. 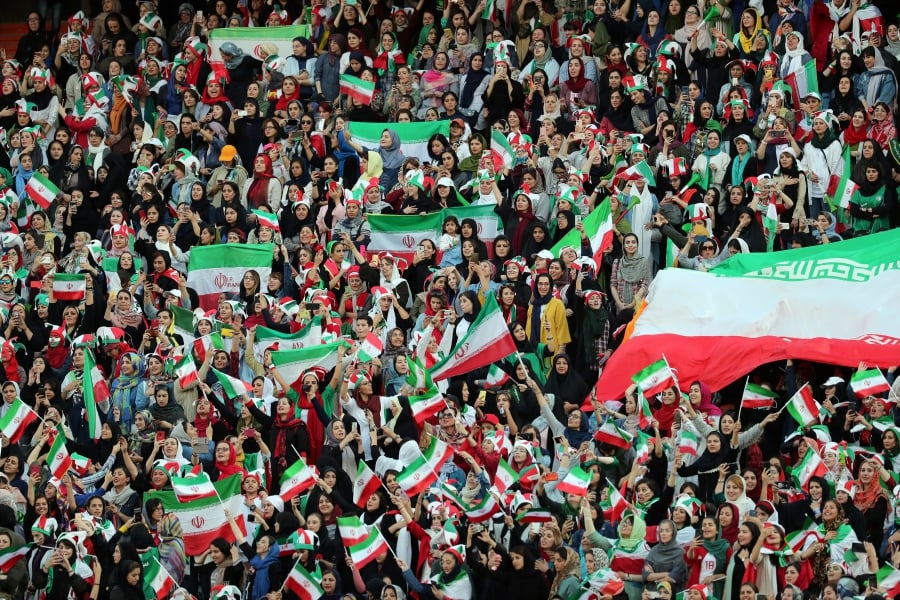 By the end of the game, the Iranian side had won with a blowout of 14-0.

For nearly 40 years, the Islamic republic has barred female spectators from entering football and other sports stadiums, with clerics arguing women must be shielded from the masculine atmosphere and sight of semi-clad men.

That came after the death of Sahar Khodayari, who set herself ablaze last month outside a court in fear of being jailed for trying to attend a match.

Dubbed “Blue Girl” because of the colours of the club she supported – Esteghlal FC – she had reportedly been detained last year when trying to enter a stadium dressed as a boy.

Her death sparked an outcry, with many calling for Iran to be banned and matches boycotted.

“Fifa now looks more than ever towards a future when ALL girls and women wishing to attend football matches in... Iran will be free to do so, and in a safe environment,” it said.

“There can be no stopping or turning back now.”

Initially, only four sections of the stadium were opened to women, allowing for some 3,500 to attend the match, but nearly a thousand more were granted entrance halfway through. - AFP