Grounded by pandemic: Singapore on list of 10 airports with the most parked jets

HONG KONG: Hong Kong and Singapore’s airports are among 10 in the world with the largest number of grounded aircraft, reflecting the devastating effect of the Covid-19 pandemic on carriers Cathay Pacific and Singapore Airlines.

The two major Asian air hubs are on a list dominated by little-known airports in the United States which provide “aircraft graveyard” services for planes retired from service or put away in long-term storage by airlines.

All three are jet storage centres given their dry, desert climates.

Airport parking space is currently at a premium with most passenger aircraft worldwide unable to fly during the pandemic. The hot, humid climate in both Hong Kong and Singapore is unsuitable for long-term storage because of the risk of corrosion to aircraft parts.

Cathay Pacific said last week it would send a third of its aircraft – about 60 out of 200 passenger planes – to long-term storage, with the first going to Alice Springs in Australia.

“We have decided to transfer approximately a third of our passenger aircraft to locations outside Hong Kong over the coming months in keeping with prudent operational and asset management considerations,” a Cathay Pacific spokeswoman said.

The aircraft would remain in storage for an undetermined period. 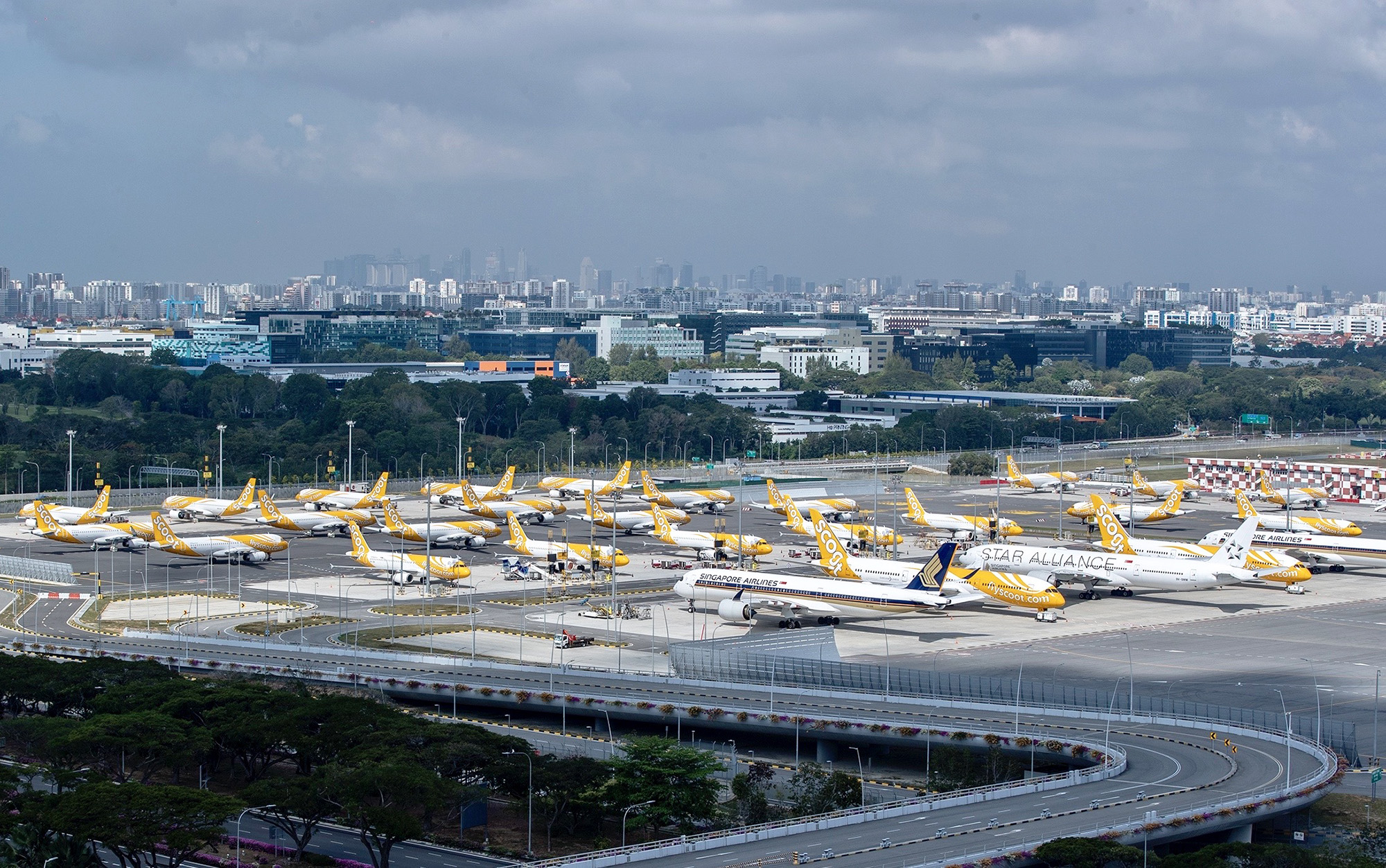 At its lowest point since the pandemic arrived, Cathay Pacific grounded 150 out of 240 aircraft in March. Of the SIA Group’s 220 aircraft, 119 were parked at home and 29 were stored in Alice Springs.

Cirium data showed that 35 per cent of the world’s 26,000 commercial jets were grounded as of July 31, an improvement from 62 per cent in April.

Andrew Doyle, it director of aerospace and finance, said the number of Cathay and SIA planes parked at the two cities’ airports would shrink as more appropriate storage space was found.

Demand for aircraft would remain depressed, he said, given the slow recovery of air travel, especially international long-haul flights.

The International Air Transport Association (IATA), the trade body for airlines, revised its recovery forecast last Tuesday, warning it would take until 2024 for global air traffic to return to pre-pandemic levels, a year later than previously projected.

“The second half of this year will see a slower recovery than we’d hoped,” IATA chief economist Brian Pearce said, underlining the need for Cathay and SIA to move planes away for a longer period of time.

SIA lost HK$10.4 billion in the six months to June 30, while Cathay Pacific was expected to unveil a record HK$9.9 billion half year loss on August 12.

In the latest sign of the dire times, Cathay on Friday offered early retirement to pilots aged 50 and above, as it will need fewer than the 4,100 on its payroll.