Gamuda to buy 50 per cent of Australia's Martinus Rail Group

KUALA LUMPUR: Gamuda Bhd is buying a 50 per cent stake in Australia-based Martinus Rail Pty Ltd, allowing it to take advantage of significant pipeline of construction projects in the country.

Martinus Rail is the largest independent, privately owned, specialist rail constructor in Australia with the relevant accreditation, track record and resources to achieve even greater success in the industry.

“This acquisition provides a springboard for Gamuda to contribute towards infrastructure development in Australia, especially in the railway industry, in addition to the upcoming metro tunnels and tolled road projects.

“This is similar to what we have successfully achieved in other nation building projects which have sustainably benefited the local supply chain in the economic and social segments.

“We expect to be tendering more than A$20 billion of work over the next year or so,” said Gamuda Engineering managing director (MD) Datuk Ubull Din Om in a statement yesterday. 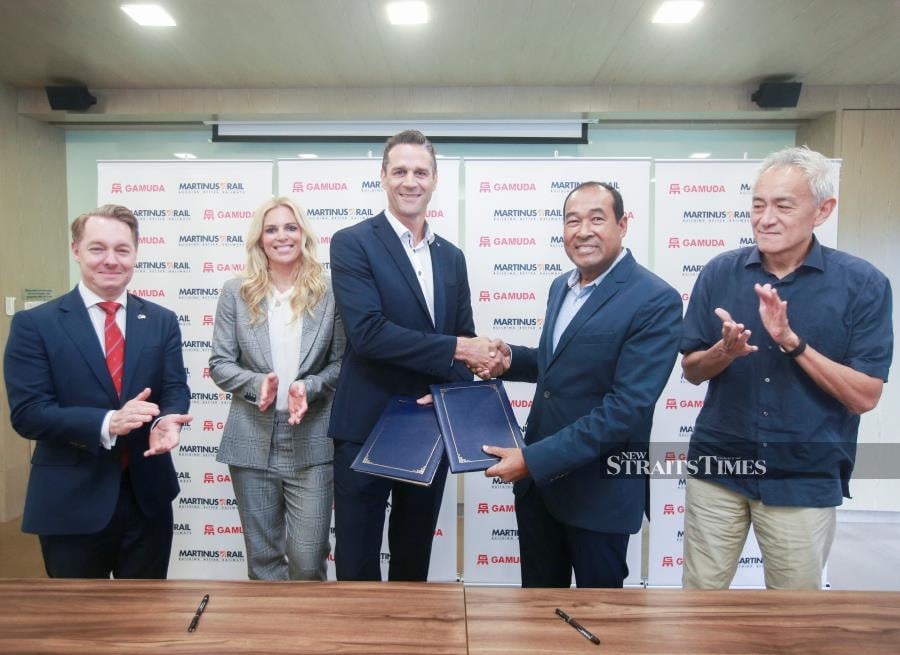 Martinus Rail has built up a strong brand in the rail space, with the successful delivery of large rail projects exceeding A$200 million in New South Wales, Victoria and Queensland.

“We are excited by the prospect of bringing innovation and technology from a world-class rail infrastructure company like Gamuda to the Australian rail industry, and combining it with our extensive local experience to become Australia’s leading rail contractor.”

According to the BIS Oxford Economic Report published in July, rail infrastructure works in Australia were expected to grow 14 per cent per annum until 2023.

Beyond that, railway works will be supported by expected networks to the Melbourne and Western Sydney Airports, as well as continued construction of the Inland Rail, Sydney Metro West and Geelong Fast Rail.