It’s been a long time since we first learned that Dwayne Johnson would be playing Black Adam in the DC film universe, but now it’s actually happening. Black Adam is set to begin filming this summer, with The Rock stepping into the DC villain/anti-hero role. He still has about half a year to go before production commences, but Dwayne Johnson already looks extra ripped ahead of Black Adam’s summer 2020 filming. Take a look:

You have to hand it to The Rock, he puts the work in. One doesn’t come by the strength of Hercules by accident in real life, and in lieu of a massive assist from the Wizard Shazam, some serious gym time is required. Dwayne Johnson has already begun his #antiherotraining, clanging and banging in the gym with a heavy set of dumbbells to get into shape to play Black Adam.

Dwayne Johnson has had a ripped, superhero physique since he first made the jump to Hollywood, but miraculously, nearly two decades since The Mummy Returns, he has yet to play a superhero. Black Adam will change all that and be his first superhero role/ Well, supervillain/anti-hero to be more exact, and he obviously wants to look the part. 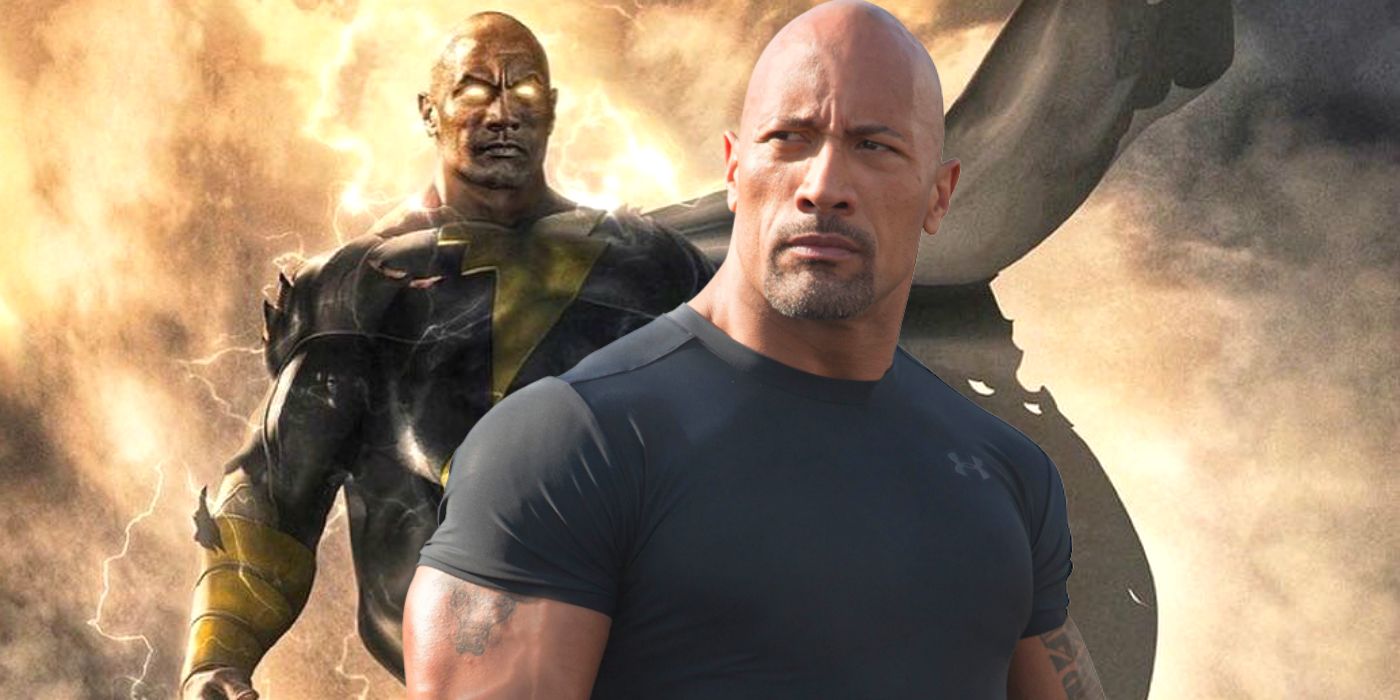 Stylized filter or not, there’s no denying that all that training is paying off. Dwayne Johnson looks positively huge here with muscles on top of muscles and veins popping out everywhere. He always looks huge, sure, but maintaining that physique is no easy task. Let’s just say that based on this image, no padded suits will be necessary for the Black Adam production.

And because The Rock is nothing if not an absolute master of marketing, social media and self-promotion, in his Instagram photo, he’s wearing his own Project Rock-branded Under Armour headphones by JBL. Seriously, this man deserves an honorary marketing degree because he’s a bloody savant at it.

On Instagram, Dwayne Johnson teases that this is a 'new era' for the DC Universe, and that certainly seems to be the case. Warner Bros.’ comic book movie label is on a roll and Black Adam is just one of the exciting titles DC has lined up over the next couple of years. The Rock has a habit of taking franchises to new heights, and perhaps he can again do that with his entry into the DC universe. Not to mention the fact that Joker cinematographer Lawrence Sher has joined Black Adam and intends on being rather inventive with the film’s aesthetic.

Director Jaume Collet-Serra’s Black Adam begins shooting this summer for a December 2021 release date. We recently learned that Shazam! 2 will drop in April of 2022, and with these two films in such close proximity, it seems like DC will begin building towards the inevitable onscreen clash between Zachary Levi and Dwayne Johnson’s characters. Black Adam opens in theaters on December 22, 2021.